Once the home of Royal Doulton Potteries, Cawarden brings its integrated services to re-engineer the complex 13.5-acre brownfield site for the construction of 200 new homes in Staffordshire.

The demise of Stoke on Trent’s pottery industry left large areas of land and redundant buildings – leading to Cawarden being awarded a contract at the former home of Royal Doulton Potteries after the factory’s closure in 2005. This required the demolition of all remaining buildings and significant remediation to be carried out across the sprawling site. Following the successful delivery of the contract, Cawarden was later awarded another package of works requiring our civils and groundworks team to join the project.

Much of the former home of the Royal Doulton Potteries had been demolished after its closure, and the large parcel of land it stood on had been left bare – before being purchased for new homes development.

Cawarden was employed to remediate the site to prepare for the construction works. This required more than 100,000m3 of grounds and soils to be re-engineered, excavation works to be carried out down to a depth of 3m, along with earth profiling – all supported by our in-house geotechnical team. The latest GPS modelling equipment was used to provide accurate formation levels for the new plots and road infrastructure.

Several hidden complexities presented the team with a number of challenges. Dating back to the 1800s, a large number of existing structures from years of pottery manufacture had been left below the surface and covered over by previous contractors. Working with archaeologists, we uncovered an array of vats, kilns, rooms, and deep structures from the former pottery works. Some of the largest kilns measured over 40m in diameter.

While the area is well known for its pottery production, coal mining was also a significant industry, with several deep mines located in the area. Cawarden excavated a shaft head and sub-contractors capped two shafts located on the site. The ground surrounding the shafts was then drilled to a depth of 40m and injected with an expanding grout system to stabilise the numerous seams leading from each shaft.

A large building that housed the former Royal Doulton factory shop still stood on the site. Situated adjacent to the buried remains of a former church, we excavated the church remains and had them documented before demolishing the building.

On-site crushing operations meant all material from the site could be recycled and reused to backfill the excavated area in layers. 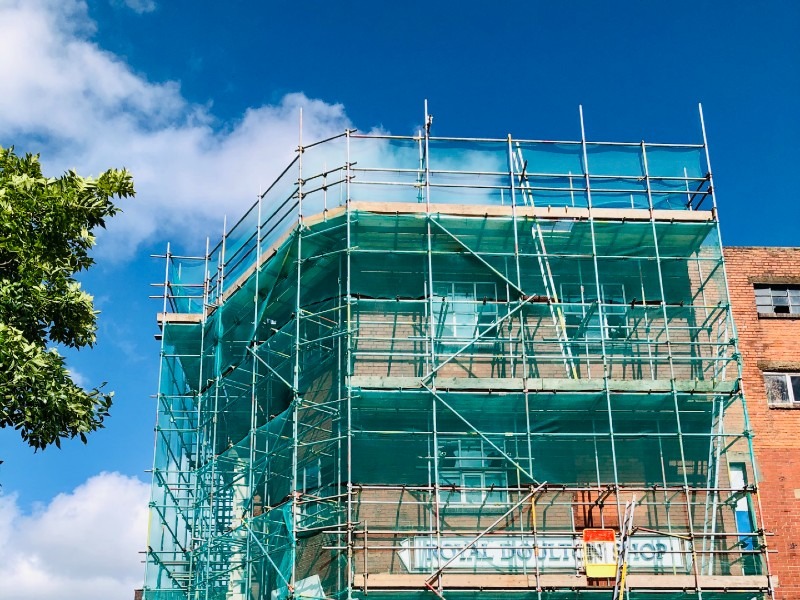 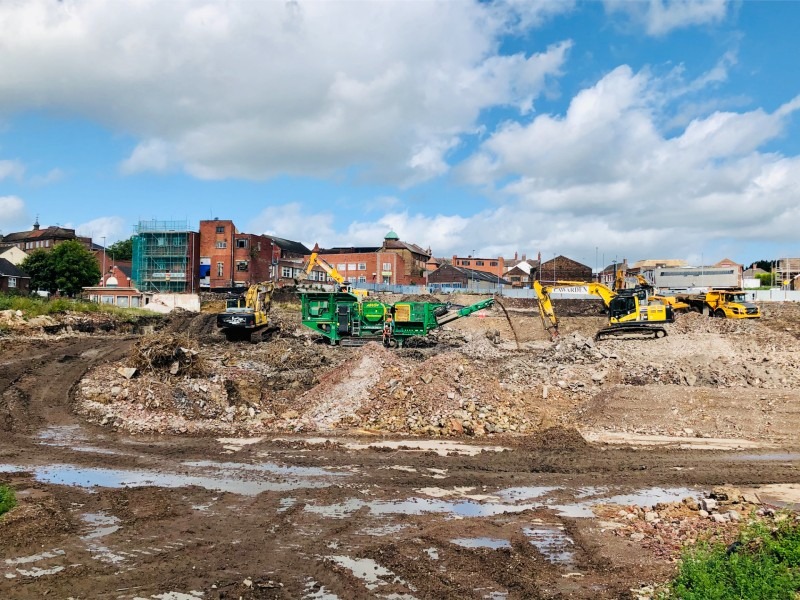 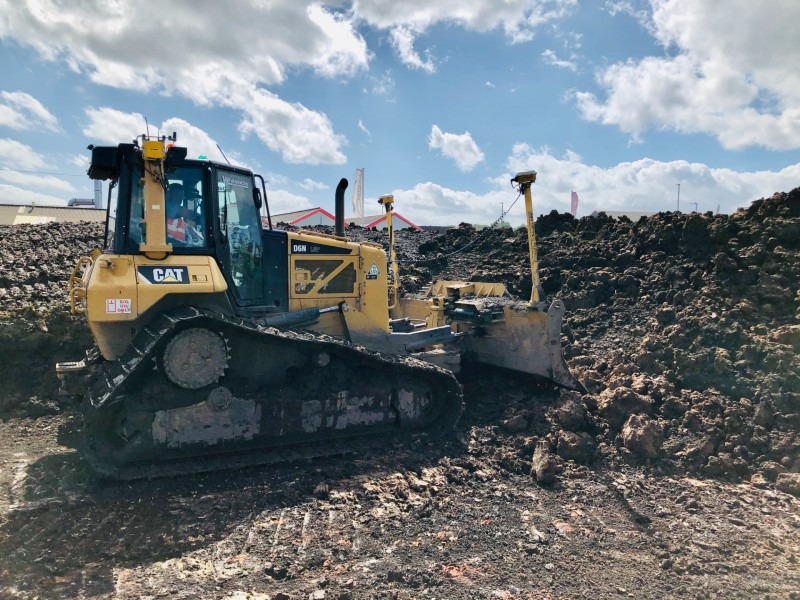 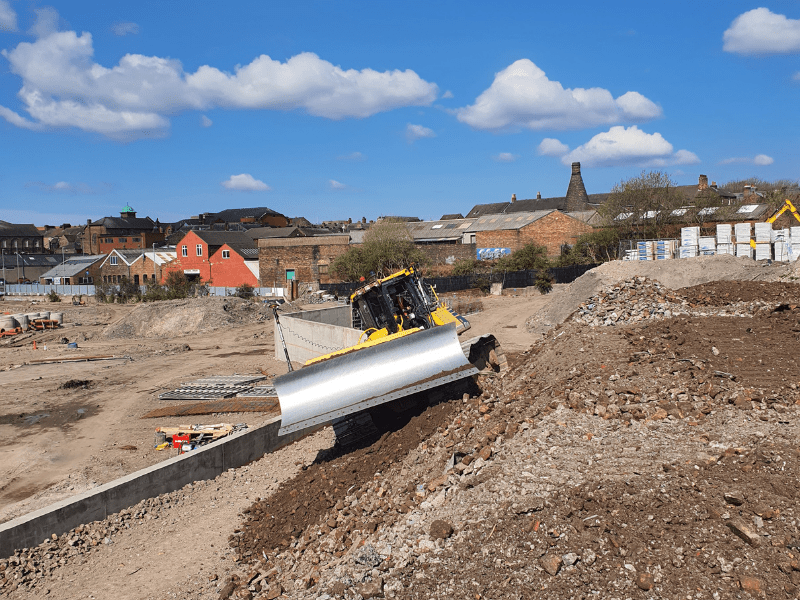 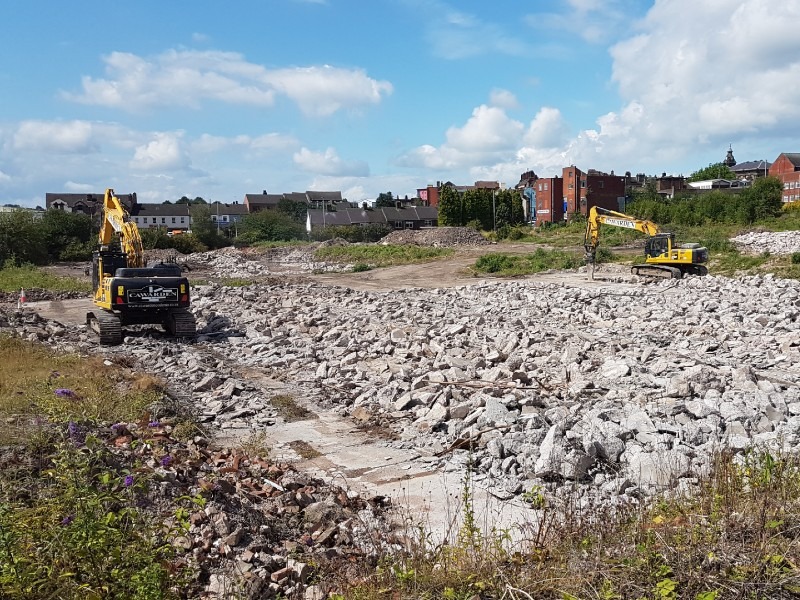 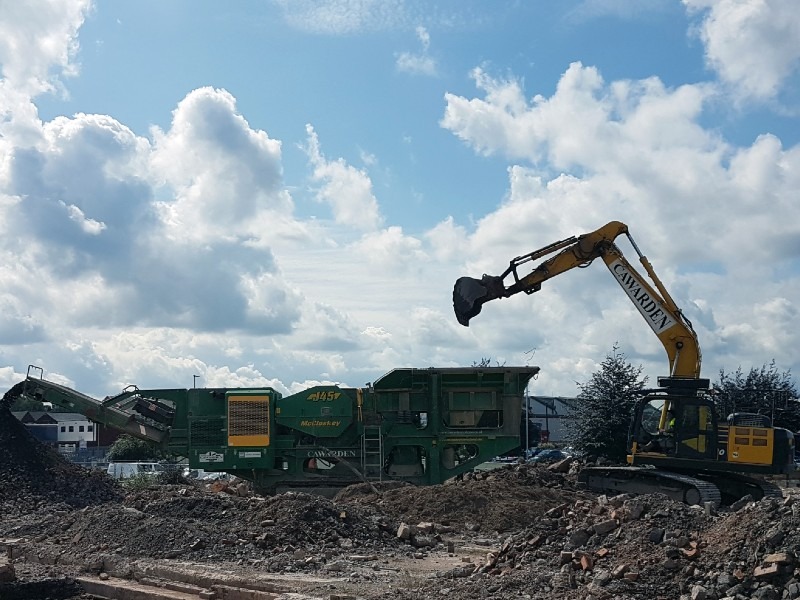 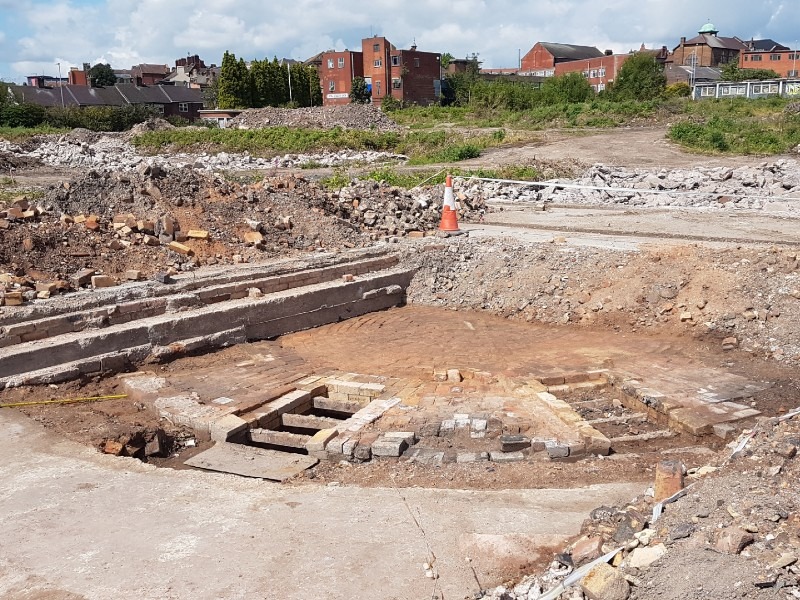 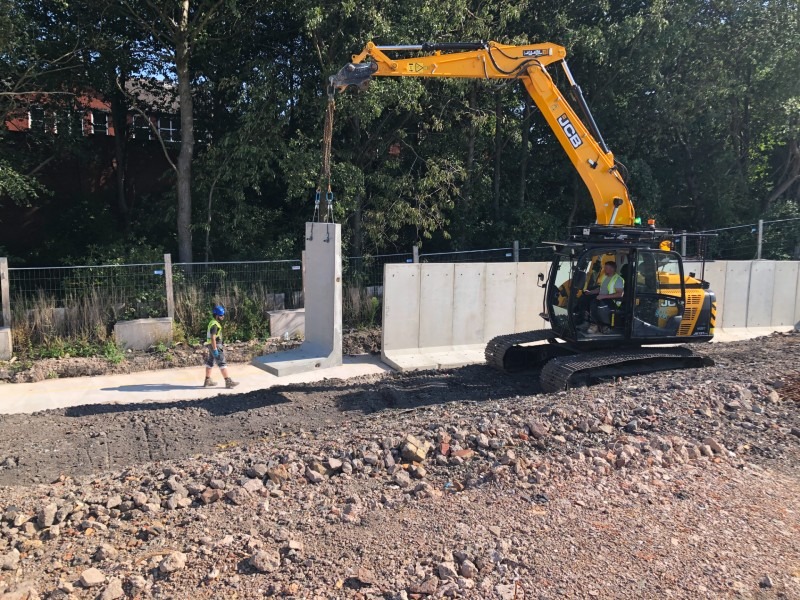 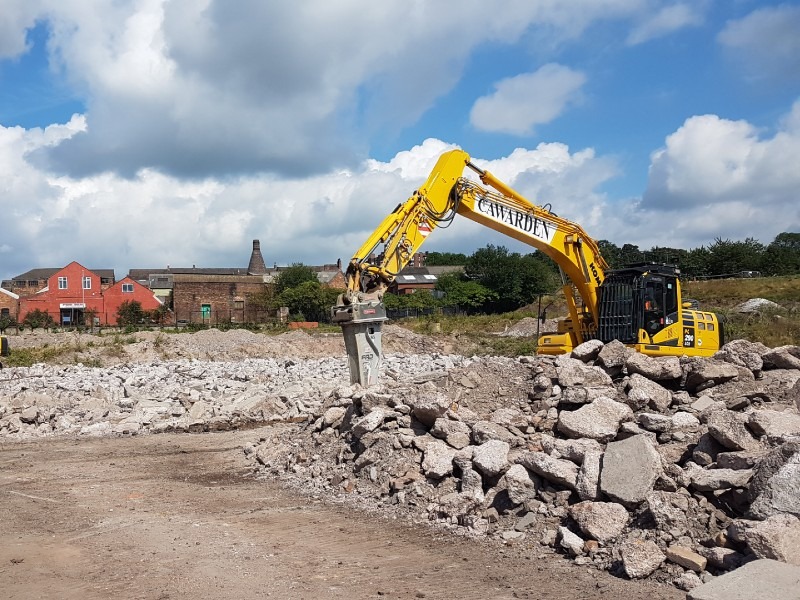 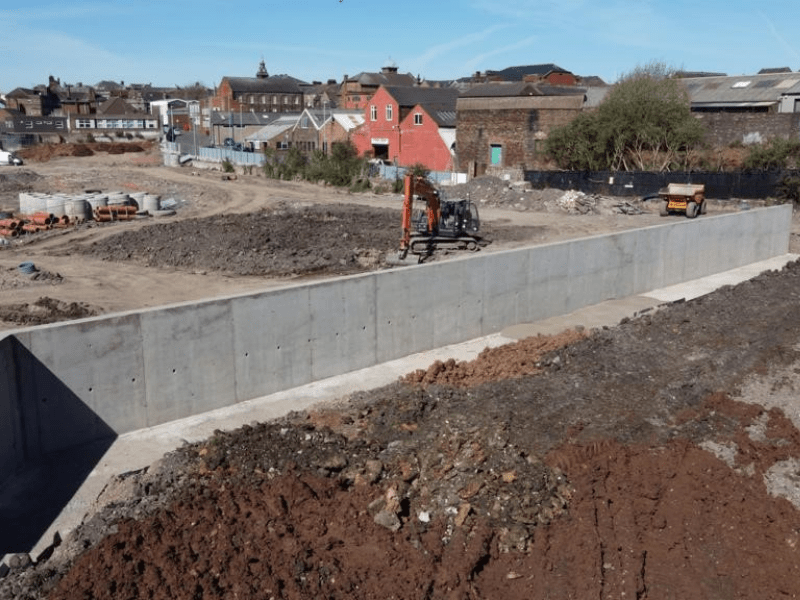 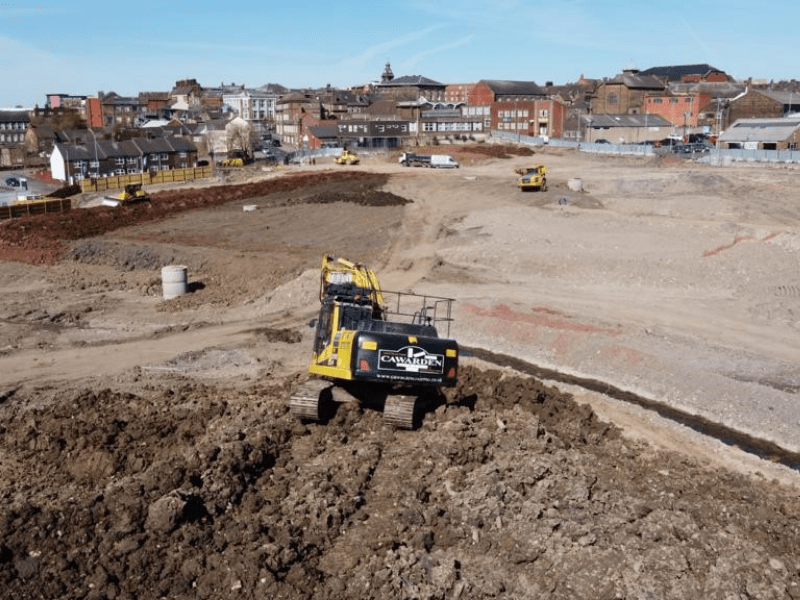 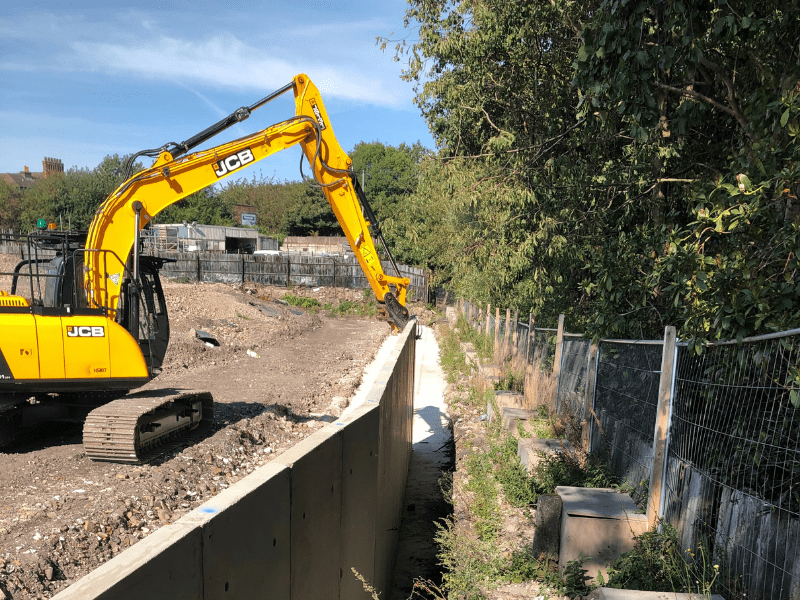 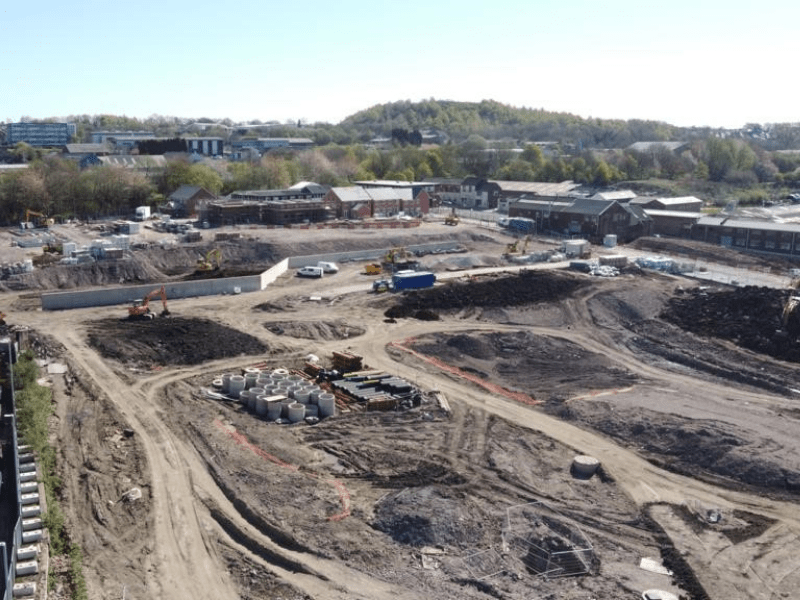 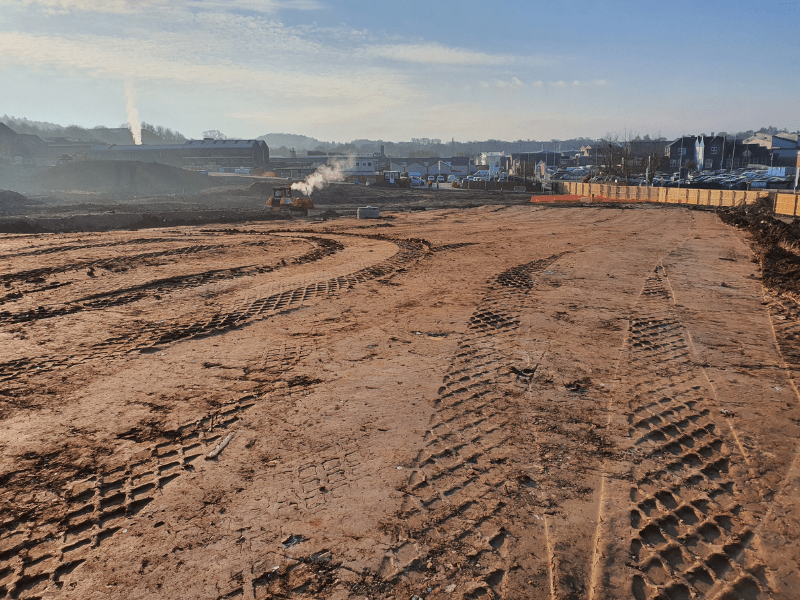 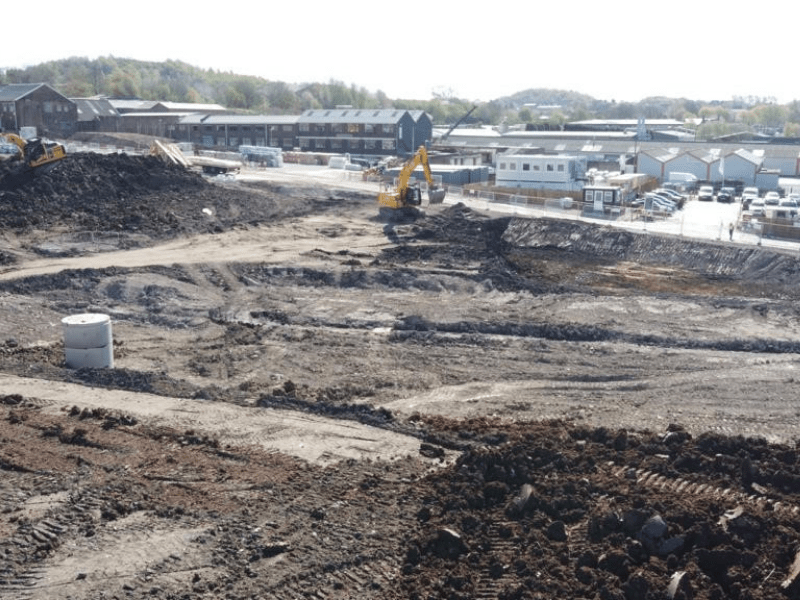 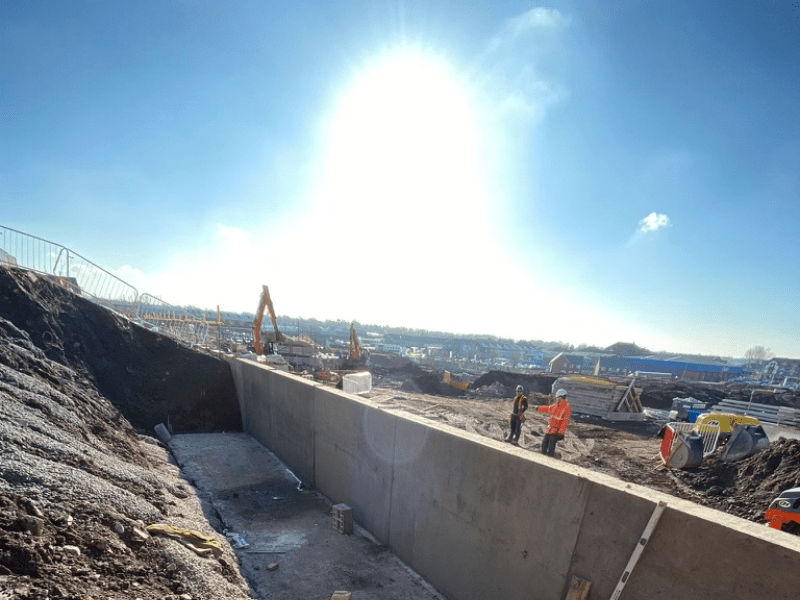 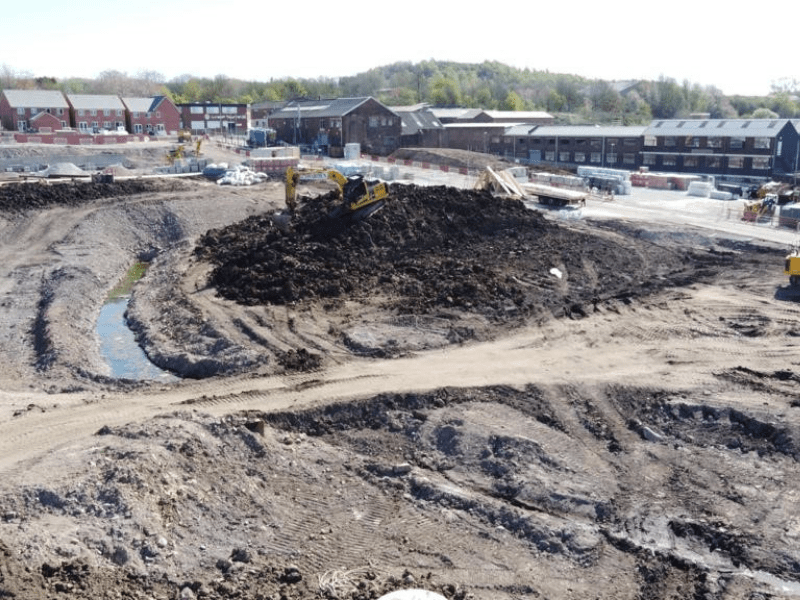 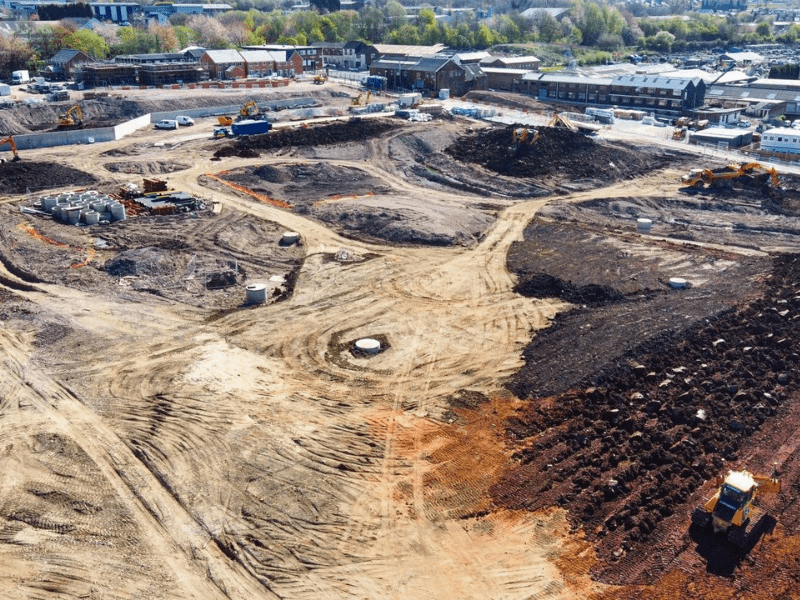 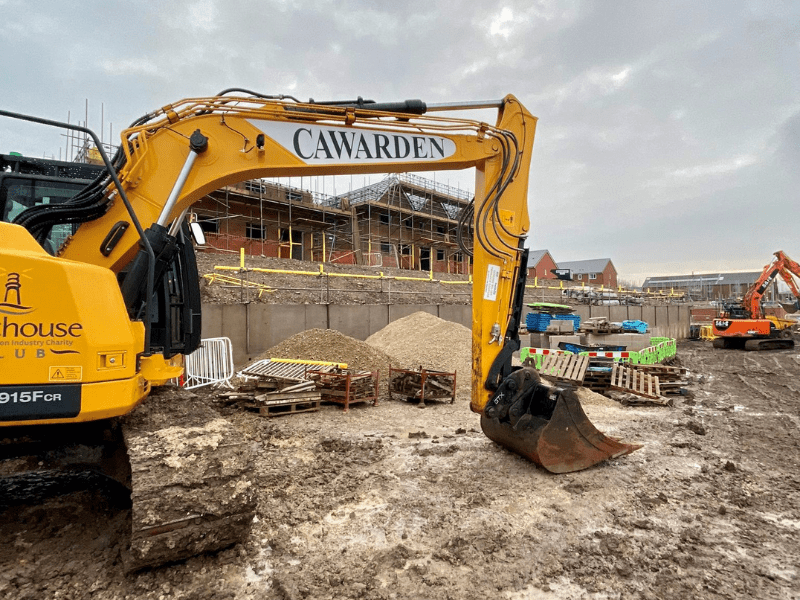 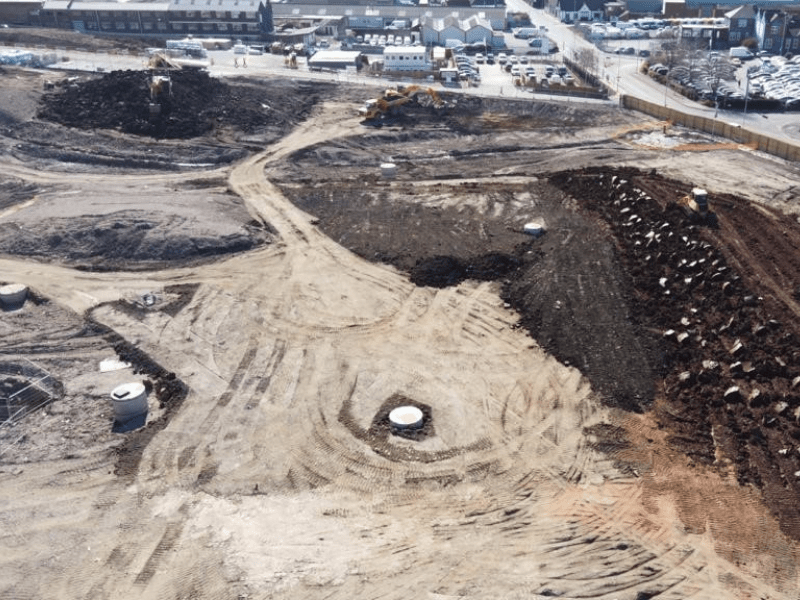 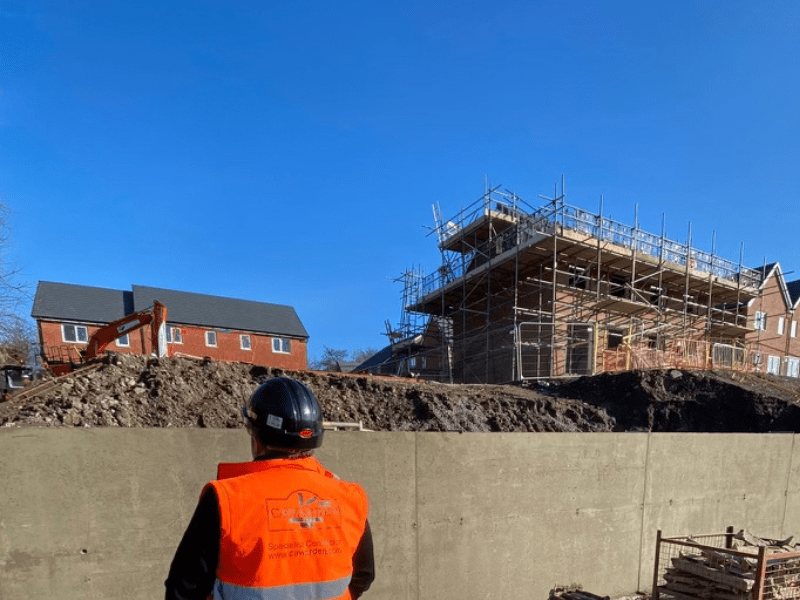 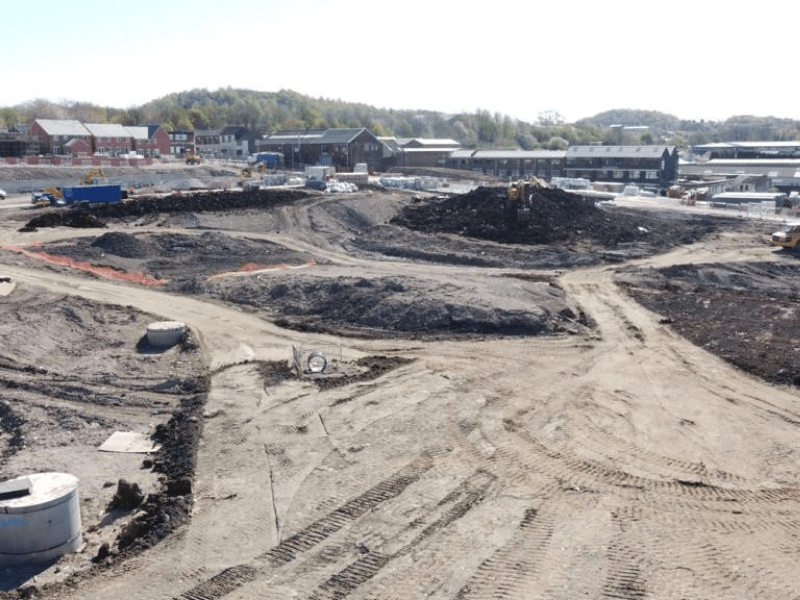 To accommodate the difference in site levels and provide a stable platform for construction, we designed and installed an innovative 250-metre-long in-situ and highly specialised retaining wall. The height of the wall varied from 2m up to 4.5m in height along the run.

Access to the western retaining wall was extremely poor, so we worked collaboratively with the client to agree on the use of a pre-cast system that would be lifted in using a 100T crane. The lift plan was completed in-house and approved by the client before the commencement of works.

The backfill of the walls was installed, and a CBR test was taken at different levels to ensure the correct compaction was achieved.

The completion of the works at the challenging site has paved the way for more than 200 new family homes, marking a significant milestone in its regeneration. It’s a great example of what can be achieved on sites like this.

We excavated and crushed over 20,000m3 of concrete and re-engineered over 100,000m3 of grounds and soils. The project was an interesting and challenging one, especially with the wet weather, but it goes to show the skills we have available to deliver an integrated service.”

The benefits of our integrated service?

Our integrated services incorporating earthworks, remediation, civils and groundworks – alongside our traditional demolition work – demonstrate the breadth of service delivered for our client.

Learn more about our work on this project

Check out our feature in Demolition & Dismantling Magazine here