A turnkey enabling solution at the site of the former HSBC Bank building in the heart of Sheffield City centre to help pave the way for an £84 million mixed-use development.

At the site of the former HSBC Bank Headquarters, the large city-centre site received planning permission for an £84 million redevelopment scheme which would see a range of private residential properties and student accommodation to be constructed. To enable the works to forge ahead, the former HQ and a series of other redundant buildings had to be demolished and cleared.

Cawarden was employed by Cassidy Group as Principal Contractor to undertake the enabling and demolition works at the ‘sprawling’ site.

Engaging at an early stage, we carried out the pre-demolition asbestos surveys to the existing buildings and assisted in preparing various documentation for the discharge of planning conditions.

Initial site operations included the removal of licensed and non-licensed asbestos and 250lm of underground duct contamination. An internal soft strip was completed across all buildings – including removal of plant work and M&E systems throughout.

The site was home to a Grade II Listed furnace. Part of Sheffield’s historic past, the structure had to be protected throughout the works and would become a focal point of the new development.

Due to the site being located on a major thoroughfare, it brought about several traffic management complexities. As a result, night-time closures of the surrounding roadways were necessary to enable the structures to be safely demolished. Cawarden’s high-reach excavator spearheaded the project which demolished the main building reaching up to 6-storeys.

The former structures had a range of underground tunnels and basements below. These, along with all other sub-structures, slabs and hardstandings were removed to leave the ground free of obstructions. Over 15,000 tonnes of hardcore generated from the works was crushed on-site to 6f2 and stockpiled ready for future construction works.

Our methodical process to bring the building down ensured public safety and that noise, dust and vibration were kept to a minimum on this demanding inner-city site.

Interested in learning more about our work on this project? 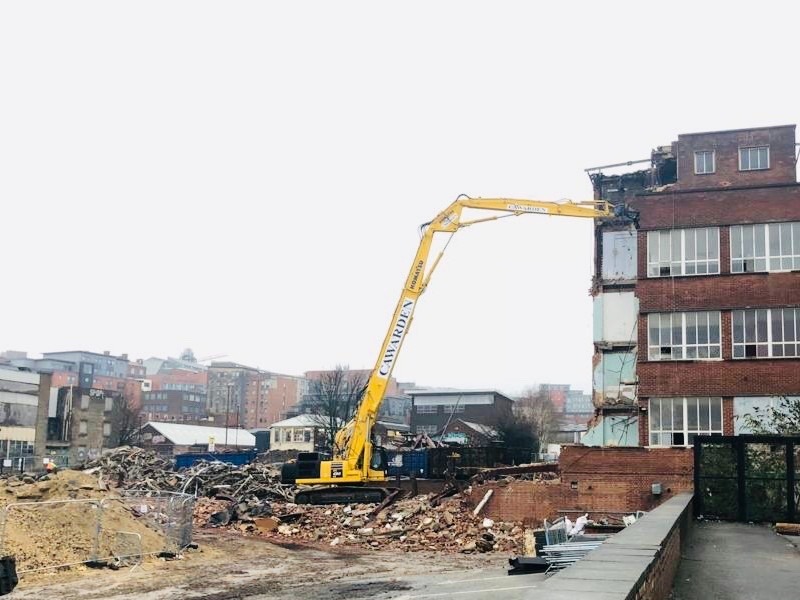 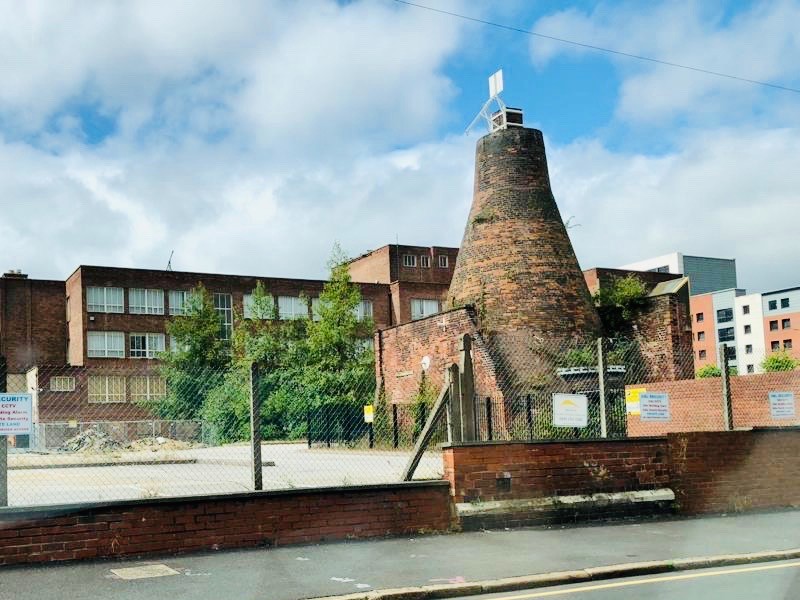 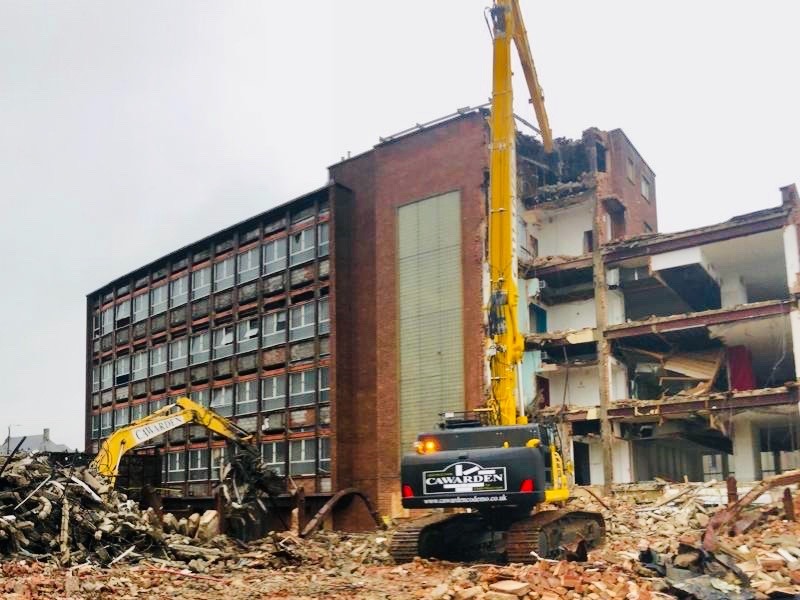