On behalf of Birmingham City Council, Cawarden has delivered a comprehensive scope of works at the site of the former Midland Chromium factory in Perry Barr, Birmingham.

The sprawling, yet compact, former steel manufacturing factory needed to be demolished and cleared as part of the regeneration of the area.

The initial phase of works required asbestos to be removed, tanks to be decommissioned and cleaned down and all hazardous products to be removed. A soft strip of the buildings cleared the internal areas and maximised recycling in preparation for the main works to begin.

All former factory buildings, tanks and structures – one reaching up to 15 metres high – could now be demolished and dismantled.

To consistently monitor noise, dust and vibration levels throughout the works, specialist monitoring equipment was put in place to ensure we were operating within acceptable levels at all times. 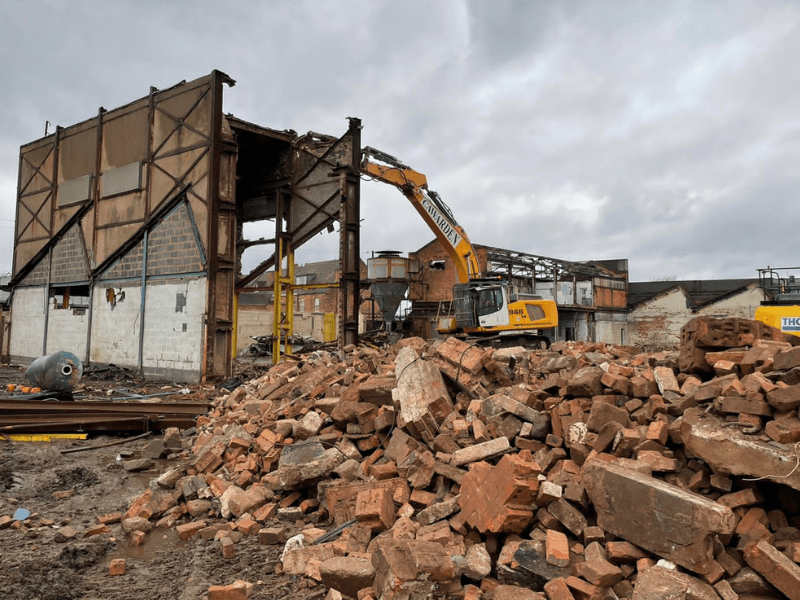 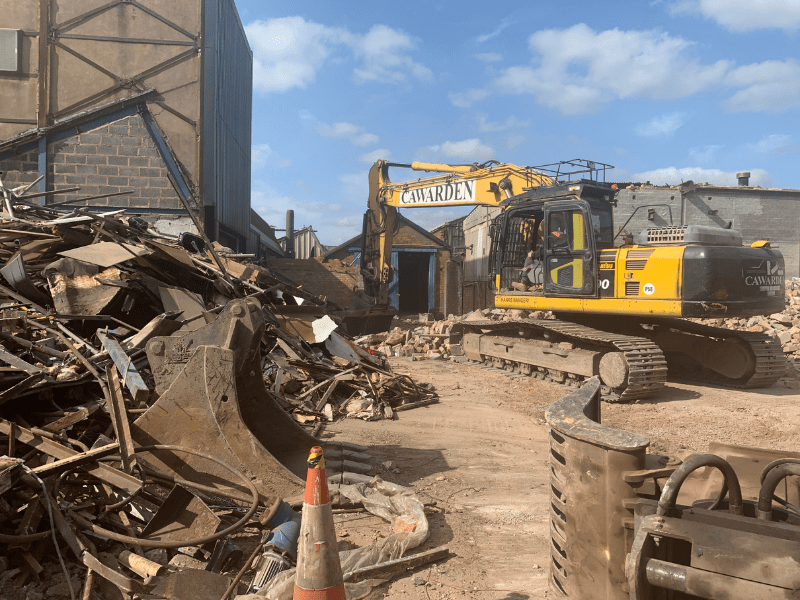 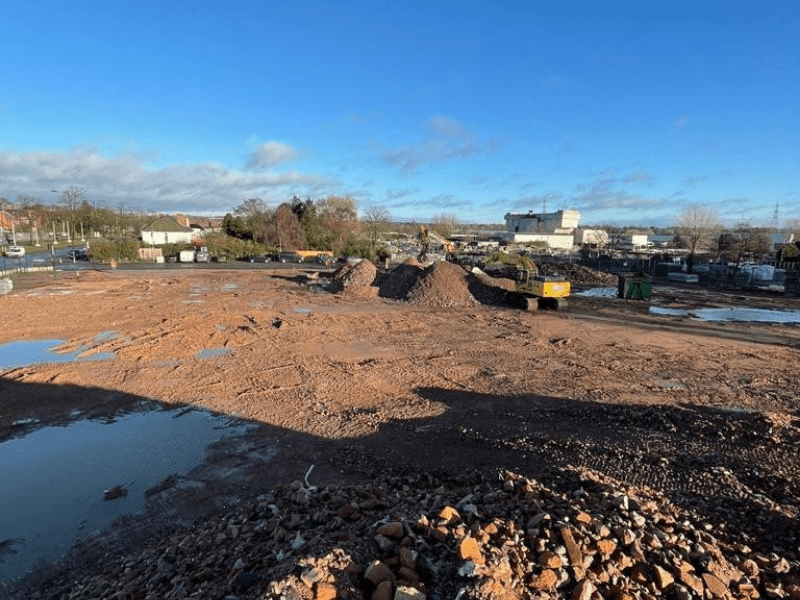 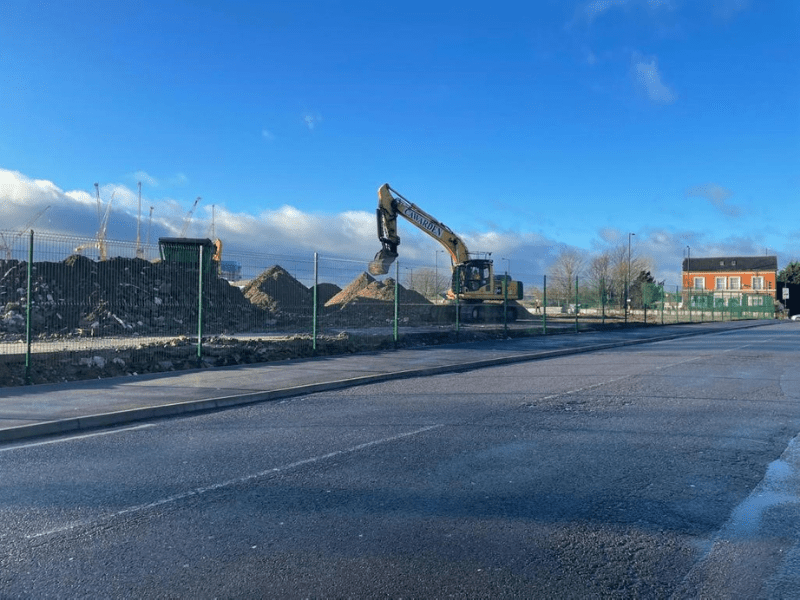 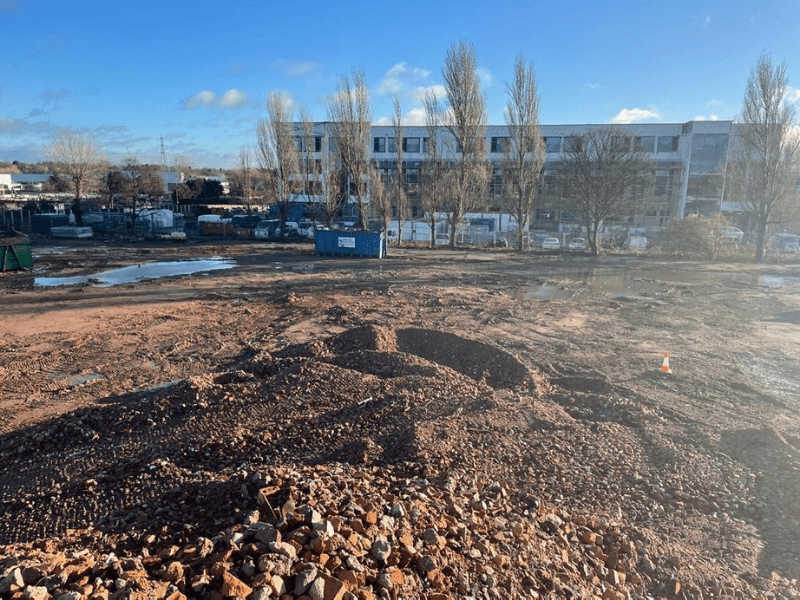 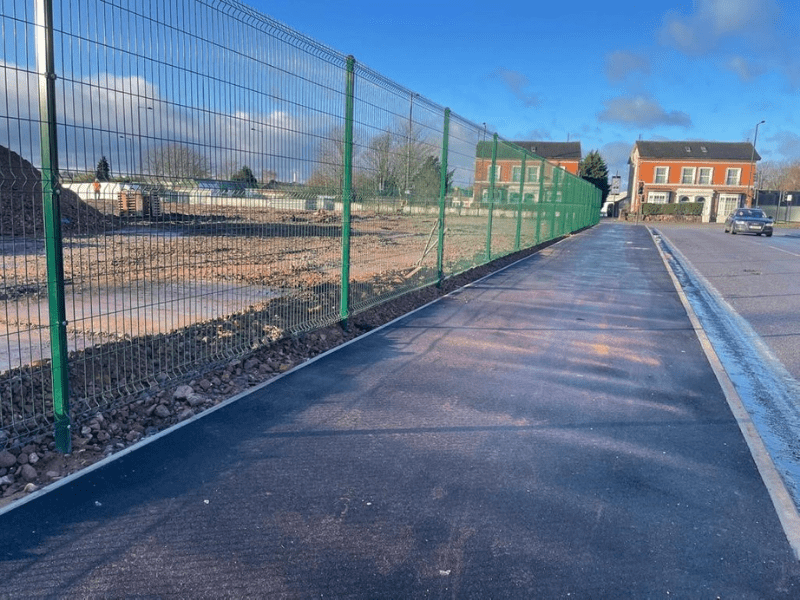 A ‘wet drop’ system was used to mechanically demolish the structures containing asbestos cement sheets. Multiple dust suppression cannons were in place to suppress the dust and dampen the area and materials. To ensure fibres were not being released into the air, monitoring was in place throughout.

A structure that was located above a live sub-station was dismantled and demolished by hand. Special protection measures were designed and developed in partnership with the client and electricity provider to ensure the works did not impact the sub-station in any way.

An ecology area had been identified to a high-level structure which necessitated bat boxes to be installed in nearby trees and a licence to be obtained from Natural England. Following thorough and careful investigations, the structure was stripped and demolished by hand under the supervision of an ecologist, per the licence and other ecological stipulations.

Several multi-storey structures were demolished by machines next to surrounding roads. A lane closure was therefore put into place whilst the work was being undertaken.

The works were phased, according to the detailed Method Statement, and the buildings and structures were gradually brought down to slab level.

Hardcore was processed by our mobile crusher to provide material to level the site. All other material was transported to licensed recycling facilities, local construction sites and reclamation yards.

To complete the project, a new section of public footpath was reinstated due to the original path falling into disrepair and we erected 300 metres of Paladin Fencing and installed entrance gates for an aesthetically pleasing appearance.